Those annoying small pockets of fat under your chin, around your thighs, on your tummy or under your bra strap can now be reduced without surgery –  thanks to revolutionary fat-dissolving injections.

WORKING WITH YOUR BODY’S NATURAL FUNCTION

AQUALYX injections break down fat in a controlled way, so your body can safely remove it through its lymphatic system. This simple and effective procedure shrinks double chins as well as improving the definition of the jawline. The treatment contracts the skin in order to achieve a more streamlined, youthful appearance.

AQUALYX typically requires a course of two to four treatments with four to six-week intervals between each session. Although the procedure doesn’t hurt, you should expect some swelling which can take up to three weeks to subside. Although the fat doesn’t come back, AQUALYX should only be used as a supplement to a healthy lifestyle, and is only intended for dealing with small pockets of fat rather than for providing a complete weight loss solution.

Unlike liposuction, AQUALYX normally leads to a degree of skin contraction too, so you’re less likely to end up with loose skin around the areas which have been treated.

Check out our YouTube video below on fat-reducing treatments with Dr Sarah Tonks, Dr Kishan Raichura and Dr Euan Mackinnon from TLC 👇 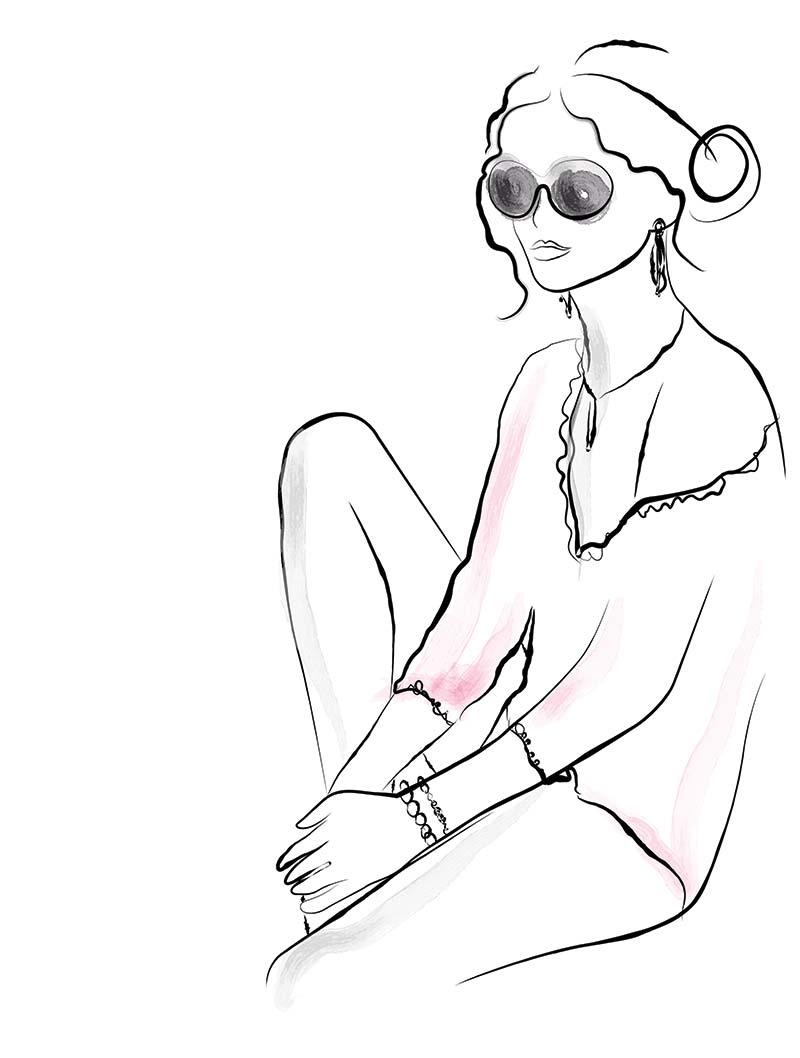 AQUALYX is a solution of deoxycholic acid, a compound which has been used in various fields of human medicine since its discovery. Present also in the human body, deoxycholic acid is used in the emulsification of fats for the absorption in the intestine.

What are the different types of fat dissolving injections available?

Is AQUALYX a medicine?

No, AQUALYX is classified as a medical device.

How does it work?

It causes cell lysis. Interestingly, it’s non-selective, meaning it lyses all cells. However, it has a greater affinity for fatty tissue than protein tissue, so fat tissue is more susceptible to break down. It prompts a mild inflammation in the skin afterwards, which helps clear the cellular debris.

How does AQUALYX work?

When injected into fatty tissue, it disrupts the membrane of fat cells, leading to cell breakdown. There’s also an inflammatory response and some tissue contraction.

What are the medical uses?

Deoxycholic acid is a bile acid, and is used in the body for emulsification of fats before absorption into the intestine. It is also used as an emulsifier in the food industry.

Yes, it contains no compounds from humans or animals.

Can this treatment be used on men?

Yes, many men have fat-dissolving injections to improve their neck contour and jawline, or to deal with small pockets of abdominal fat for example.

Why is it used?

There are few ways to solve the problem of small pockets of fat. The presence of fat is regarded as a sign of ageing in the lower face. Even with weight loss and exercise, some people cannot achieve the jawline they desire due to hereditary reasons, and with age, this fat compartment becomes fuller. Plain liposuction in the area will remove the fat, but does not give significant tightening to the tissues, and there can be a concern of seeing the platysma muscle bands through the skin following treatment. Fat dissolving injections are an easy, non-invasive way to decrease this fat, while tightening the skin. This treatment does not change facial movement in any way.

Can I just use a cream to get the same result?

There are unfortunately no topical creams which are capable of giving the same level of fat loss or skin contraction.

What area of the face or body can be treated?

The area of fat underneath the chin (otherwise known as the submental fat) is the most common area to treat, as it’s a troubling area with few other options for treatment. Other common areas would be the bra fat or small pockets of fat anywhere on the body: abdomen, below the buttocks, inner and outer thighs, hips, and upper arms. It can even be used on lipomas.

Is there anything that can’t be treated?

This treatment is not intended for weight loss. It is for people with localised pockets of fat which are not responsive to diet or exercise. It is intended to improve and alter the contour of the body. It is important that the area treated has a good blood supply, and it’s not suitable for those who have large overhangs of tissue. Ideally, areas treated would be no larger than the palm of the hand.

How does the appointment work?

It’s important that any treatment is performed after a consultation, to make sure it’s right for you. If you’re having the neck treated, then a picture will be taken of you in 3D to visualise your neck from all angles. If you are having a body area treated, then a photo will be taken of the specific part for your medical records. Your skin is then cleaned, and the product is mixed with local anaesthesia. We then inject the area with a fine needle to introduce the product. Some massage is then applied, and you’re done. For the best results, you’ll need between two and eight treatments, depending on the size of the area treated. Most common is two to three treatments, spaced four to six weeks apart. Due to the formation of new collagen as a result of the inflammation of this treatment, skin tightening procedures are not necessary afterwards.

How should I get ready for the procedure?

Make sure you’ve allowed for enough downtime after the procedure. If you’re having the neck treated, you may wish to bring a scarf with you. Be aware that, for the best results, more than one treatment is necessary.

How can I avoid bruising?

If you’re prone to bruising, you may wish to use arnica or bromelain. Swelling is going to occur, so please be prepared for this.

Do I need a check up?

Generally, no, although we’re always here if you wish to come back with any questions or concerns. If you don’t need one, you don’t have to come back. Please bear in mind that you’ll need more than one treatment for the best results.

Not especially, because the fluid is mixed with local anaesthesia, so the area is numbed. Most people report afterwards that the area looks sore; however, the vast majority of people do not report any pain.

Will my face go numb?

No, apart from at the point where you have the treatment, as the active ingredient is mixed with local anaesthetic.

Can I put makeup on afterwards?

Immediately after treatment you can apply a surgical makeup if desired; we have some in the clinic. You can apply regular makeup from the next day.

When does it start to work?

The treatment begins to work immediately. However, there is a lot of swelling for the first week or so (it looks very swollen like a bullfrog for about a week or so). Some people report that their swelling does not completely disappear for four to six weeks post treatment. This is all part of the process, and is to be anticipated. There is no way to speed up this process, and in fact this inflammation helps to give the best results, by causing tissue contraction.

Can I go to work afterwards?

You’d probably not want to return to work after this treatment, due to the swelling. Many patients have this procedure performed just before the weekend, so they have a couple of days’ downtime before returning to work. You might not feel like exercising for a week after the procedure if the neck has been treated, although in the case of other areas you may feel fine after a few days.

Can I have this treatment whilst pregnant or breastfeeding?

This treatment is not approved for use during pregnancy or whilst breastfeeding.

How often can I have AQUALYX?

It is better to wait until any swelling is completely gone between your AQUALYX appointments. This usually takes around 6 weeks to completely go.

What happens when it wears off?

Fat reduction is permanent, for the fat cells are destroyed; they don’t come back. Of course, if more weight is gained, then the fatty appearance will return, but in proportion with the new shape gained.

How old should I be to have AQUALYX?

For any non-surgical procedure you should be at least 18. We prefer slightly older patients, to ensure you’ve had sufficient time to consider whether this treatment is for you.

Will I look natural?

Absolutely, yes. The result of these injections are extremely natural looking, and there are no scars or puncture marks left on the skin, apart from small ones where the treatment has been applied. However, these heal quickly.

What can go wrong?

Complications with this treatment are very rare but can include bruising, pain and itching, as well as inflammatory issues which may become permanent.

Should I have fat dissolving injections or liposuction?

Fat dissolving injections are ideal for those who don’t wish to have traditional liposuction, if the area for liposuction is too small, or if there’s a concern that the skin under the neck may be too saggy after liposuction. They’re preferable to ThermiTight if there’s a small pocket of fat, and the patient would like a non-invasive treatment.

Anything else I need to know?

Please note that you are paying for the treatment only and no guarantee is made of any outcome. Refunds cannot be given under any circumstances, as the product has been used and the service has been delivered.

APPROACHING EVERY FACE AS UNIQUE

GET IN TOUCH WITH US
We use cookies to ensure that we give you the best experience on our website. If you continue to use this site we will assume that you are happy with it.GOT IT